I had an unusual and exciting day on Tuesday.  I should have been at work but booked the day off at the last-minute and headed off to Birmingham with my OH for the day.  We met my younger daughter and granddaughter down there at Birmingham University College for the grand final of the Anchor Care Homes Chef of the Year competition.

Our son-in-law works as a chef in one of the Anchor homes and was one of the seven finalists in the competition and we had been invited to go and cheer him on.

Getting into Birmingham was a bit of an ordeal and we passed the turning we required a couple of times ending up firstly in Solihull and then Edgbaston both on the south side when we actually wanted a street just off the North of the centre!

The competition was stiff and the conditions tough too. 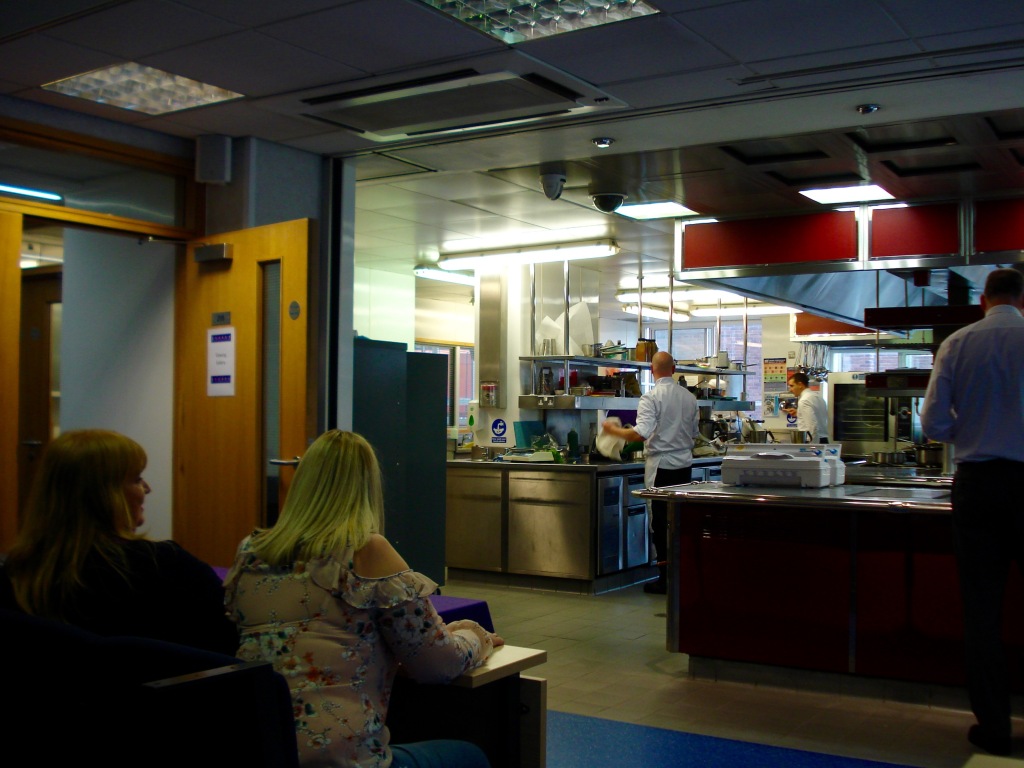 It was held in one of the training rooms at the University and each participant only had a preparation surface of about 3 square feet plus a hob, the ovens did not have a temperature gauge (so a bit of guess-work required) and there was a severe lack of spoons and other useful pieces of equipment.  It was the first time they had been in this kitchen and so had no time to get familiar with it or the equipment on offer.

The two course meal had to be appropriate to feed an elderly resident in one of the care homes and had to be both nutritious and fall within a strict budget as well as being imaginative but not over the top – no Heston Blumenthal creations!  Each meal had to be presented 3 times – one plate for the judges, one for the photographer and one suitable for a resident on a dysphagia diet so the chosen menu had to be adaptable to make as a pureed version.

The whole 2 hour competition and then the judging afterwards was filmed and shown live on Facebook which made it even more tense. 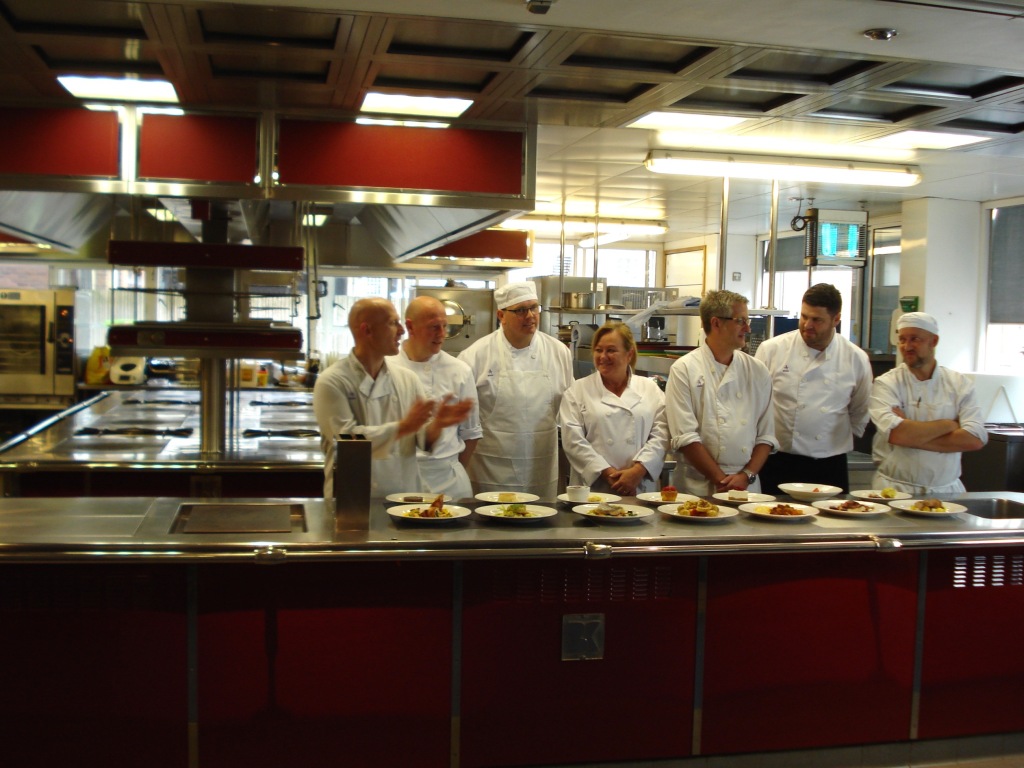 Whilst the judging was underway we got to taste the food that had been photographed.  As I am vegetarian I headed straight for the puddings and skipped the main meals that were mainly meat or fish.  This was the only vegetarian option made by the only female chef.

Son in law had made a beautiful creamy Creme Brulee but unfortunately it had curdled slightly just at the bottom due to the difficult conditions and no doubt lost him a few marks but it still tasted heavenly. 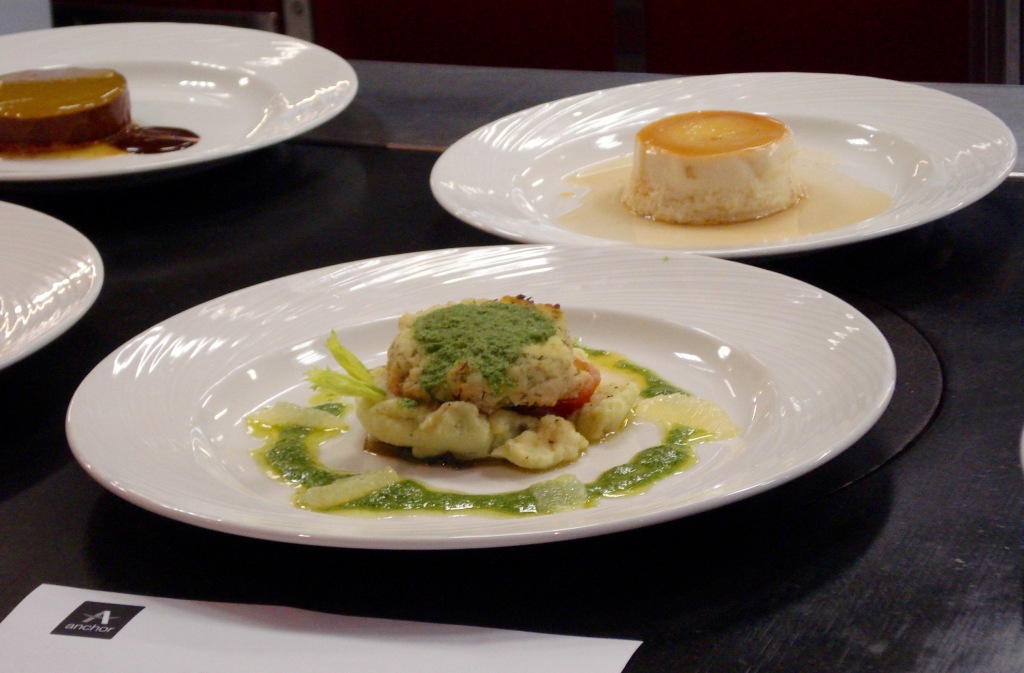 The winner was one of those chocolate puddings with a melted centre, equally delicious – oops sorry in my haste to taste I forgot to get a snap of the winning dish!

Sadly son-in-law (2nd from the left) did not win but he did a tremendous job and everyone was a winner.

Little L was so good throughout and kept saying ‘that’s my daddy cooking’ – you can tell who stole the show!

She was the only child there and in fact the University security staff had to be persuaded to let her in. 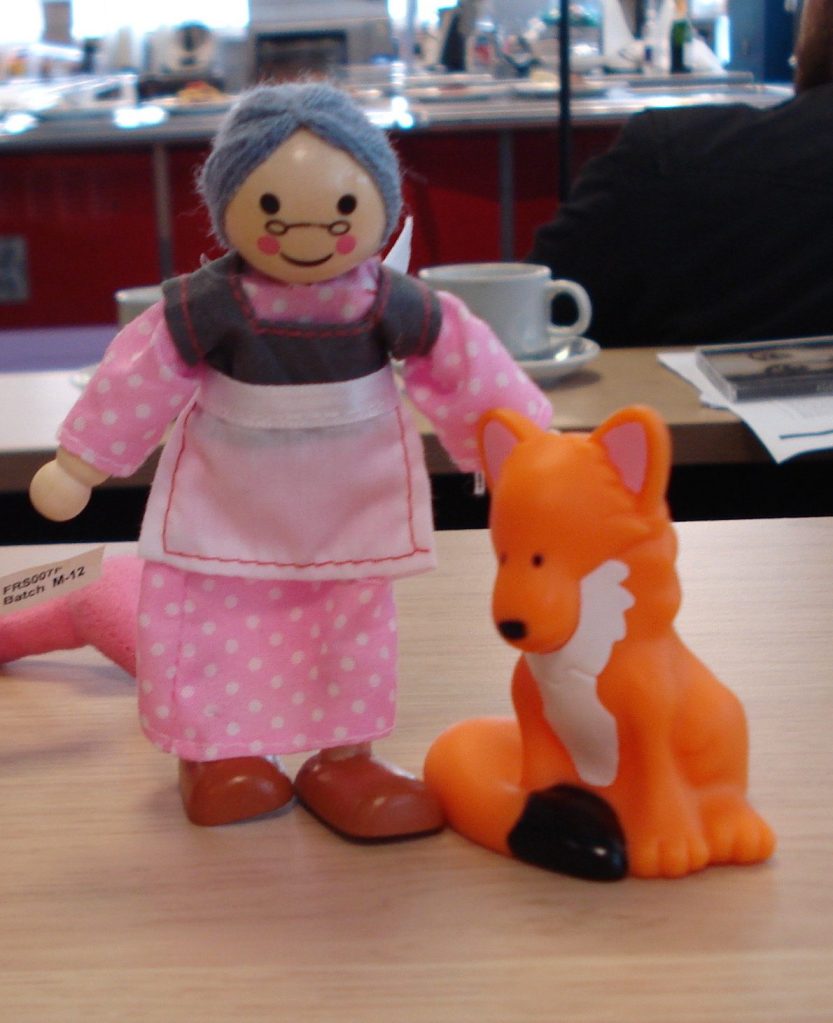 She brought her own brand of ‘Granny’ and Mr Fox with her to watch!

When it was all over we headed for the nearest coffee bar to relax and then just had time for a wander through the Grand Central shopping centre on New Street.

Birmingham is a very vibrant city and has come a long way from the Birmingham I remember back in the 70’s when we visited from Cheltenham.  The architecture was particularly interesting to us. 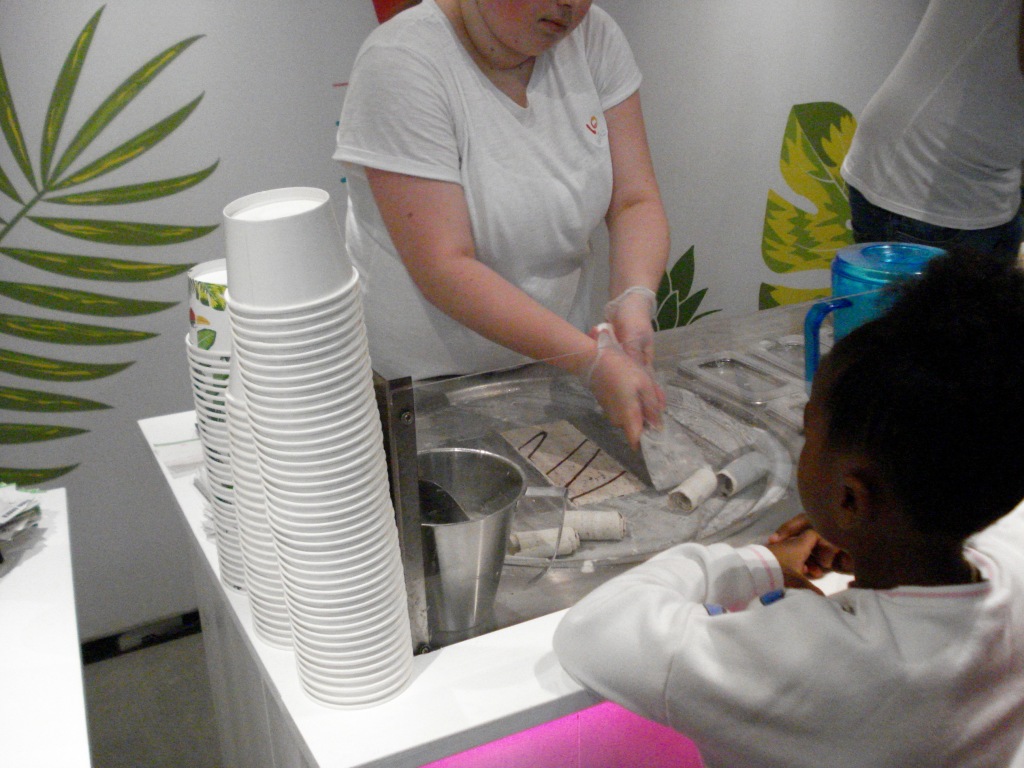 in particular I liked the pop up Ice Cream roll shop where they shaped and froze down ice cream mixed with fruits on a flat cold metal plate and then cut and served this in rolls.

and the Not Dogs vegetarian hot dog stall…

I know I could not live in a city now full-time but it was nice to go for the day and experience the hustle and bustle and see different shops I didn’t know existed – but at the end of the day I was glad to leave it all behind.

In comparison to the revamped and impressive shopping and city centre we stopped off at the Tamworth Motorway services for a drink on the way home and found it to be really run down since our last visit a number of years ago and due to the heavy rainfall that evening came complete with puddles of water all over the seating area from the leaking roof.  They had large recycling bins against the walls for customers to scrape their unwanted food into which probably added to the very unpleasant smell that permeated throughout the place – absolutely dire.

In all though it was a pleasant change from going to work and I look forward to Son-in-law being part of next years competition.